Let's start with the name.

Milou is short for Louise-Myriam. If you think that contraction is backward, you are quite right. Apparently, Milou’s Belgian parents think Lou-myr or some such variation sounds much worse than naming their daughter for a dog – comic-strip character Tintin’s celebrity whisky-loving dog, but still – a dog. (It’s fortunate her parents are French speakers, otherwise she’d be known as Snowy Koenings.) Perhaps it’s no wonder Milou’s writing explores questions of identity, family relationships and the occasional canine misbehavior.

Here’s the plot board of how she’s made it to this point:

When Milou is little, her mother works as a lady-in-waiting to the Queen of Belgium. Milou meets the king and queen repeatedly and attains early notoriety by refusing to curtsy. Ever precocious, Milou has already figured out that there’s no such thing as bad press. Her family, however, has to relocate to Africa. Milou’s parents deny any causal nexus, but conspiracy theories abound.

Age 4, Milou writes her first book: About a Farmer, a Bird and a Tractor.  To date, the illustrated, six-page book remains unpublished.

Her first literary award comes at age 11, when she enters a mystery story in the annual writing competition of her Greenwich, CT, junior high school. She wins second place for fiction. She finds her true vocation the following year, however, when she wins the first-place prize for fiction with – what else? – a romance.  Being twelve at the time, Milou thinks writing tragic romances is the epitome of sophistication, but time, experience and maturity eventually lead her to mend her ways: She now much prefers happy endings.

After graduating from college, Milou spends several years working with a human rights group in South Africa then decides to save the world by going to law school. There she sets her sights on a joint JD/MA in international relations. It seems like a good idea at the time. This leads to a variety of experiences, some of which may one day work themselves into one of her books. She clerks for a district court judge, works for a big name law firm that provides her with some of the most miserable and unromantic experiences of her life, and quickly moves on to government service, working both in the U.S. and abroad. She volunteers as a court advocate for victims of sexual abuse. Finding light amidst the wreckage of human experience is no easy task.

Several years after joining the ranks of mothers, Milou retires from the bar, which is apparently the in thing to do: Not one of her law school friends remains in the legal profession.  The education is not wasted, however, since, like her, most of them are now writers. She is now the mother of some wondrous children, savors the romance inherent in every moment and each day thanks God for the many blessings in her life.

Milou is the author of the Green Pines Romance series, a series of stand-alone contemporary clean romances set in a fictional small town in Illinois. 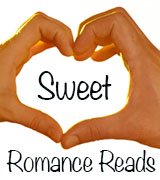 This site participates in Amazon's Affiliate Program. As an Amazon Affiliate, we earn from qualifying purchases.